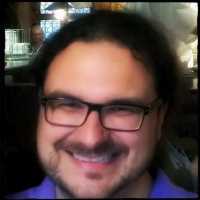 René Schulte is an internationally recognized, independent expert and was honored for his community work with the Microsoft MVP Award and as Nokia Developer Champion. He blogs about many topics of Windows Phone, .NET, and Windows development in general and writes articles. Sometimes he can also be found at various events as a speaker like //build and the Microsoft and Nokia Windows Phone launch events and he takes part as a judge for Mobile Development Contests (Microsoft Imagine Cup, AppCampus, Core77).

Azure pick of the week

App of the Week