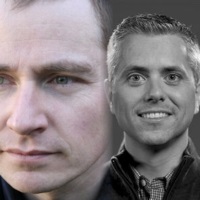 with Daren May and Jerry Nixon

Windows 8 developers had the luxury of several project templates. Those templates were a nice starting place but were fundamentally broken in the way they steered developers toward design patterns. Windows 10 developers do not have any templates (other than blank) in an effort to not teach bad practices, and in an effort to keep store apps from looking identical – an issue with Windows 8 apps. Along comes Template 10, a series of Windows 10 app templates that get developers far down the road toward good design patterns as well as by-passing lots of the boilerplate code most developers should not need to write. Template 10 includes an implementation of the Hamburger Menu which is not provided by the platform. It provides a simplification of the Application startup pipeline which was a common source of confusion for developers. And, it includes several helpful base classes and utilities to help XAML developers and MVVM developers to get off the ground quickly. Template 10 is an open source project with hundreds of contributors and thousands of user. Template 10 is most easily accessed using Visual Studio’s extension gallery.

Daren May is the President and co-founder of Crank211, building next-gen digital experiences.

Jerry is a developer evangelist with Microsoft living in Colorado and author of Developers Guide to Windows 10.

Azure pick of the week

Dev Tip of the Week