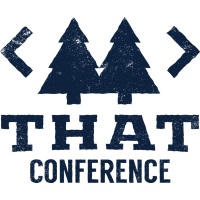 Angela is a Microsoft MVP in ALM and gave an amazing talk on SAFe. We talked about this, a way to scale agile beyond a few teams.

Once again we talk to Jerry Nixon, this time about Inclusive Design. And Jerry gets sidetracked handing out swag to people passing by.

You may best know Seth from all of the CH9 videos he does for Microsoft. But do you know that he is also an expert at Machine Learning? We talk to Seth about the basics that every developer should know about this topic.

Tony Gemoll is a developer with plenty of experience with Angular. This means he is well prepared to disuss the differences in Angular 2.

Max is an enthusiastic 11 year old who gave a presentation at ThatConference on programming Lego Robots. I catch up with him after his talk to find out more.

Clark is the prime organizer of ThatConference. We talk to Clark about where the Conference has been, what's new, and a glimpse of what may come.